Submenu on the topic Research

You are here: Startseite > Research > AEC2 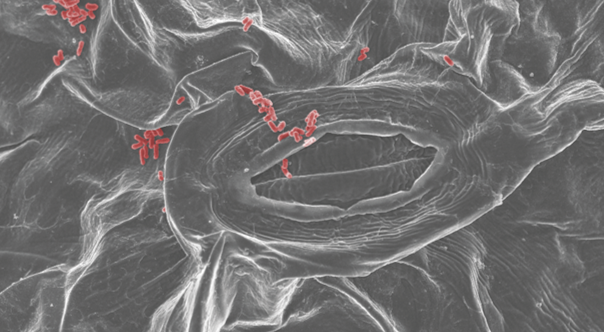 Salmonella enterica (S. enterica) and some Escherichia coli (E. coli) strains are food-associated pathogenic bacteria which can lead to gastroenteritis and diarrhea. In some cases, more severe disease progresses, characterized by a systemic infection which can even lead to death. Infection with S. enterica and pathogenic E. coli are increasingly associated with outbreaks from contaminated fresh produce of non-animal origin, such as salads, vegetables, fruits, nuts, and herbs. In this regard, a crucial point is the frequent raw consumption of the food, typically including the consumption of any type of salad. Therefore, research is needed on plants as an alternative host and as another possible dissemination strategy of enteric bacterial pathogens. 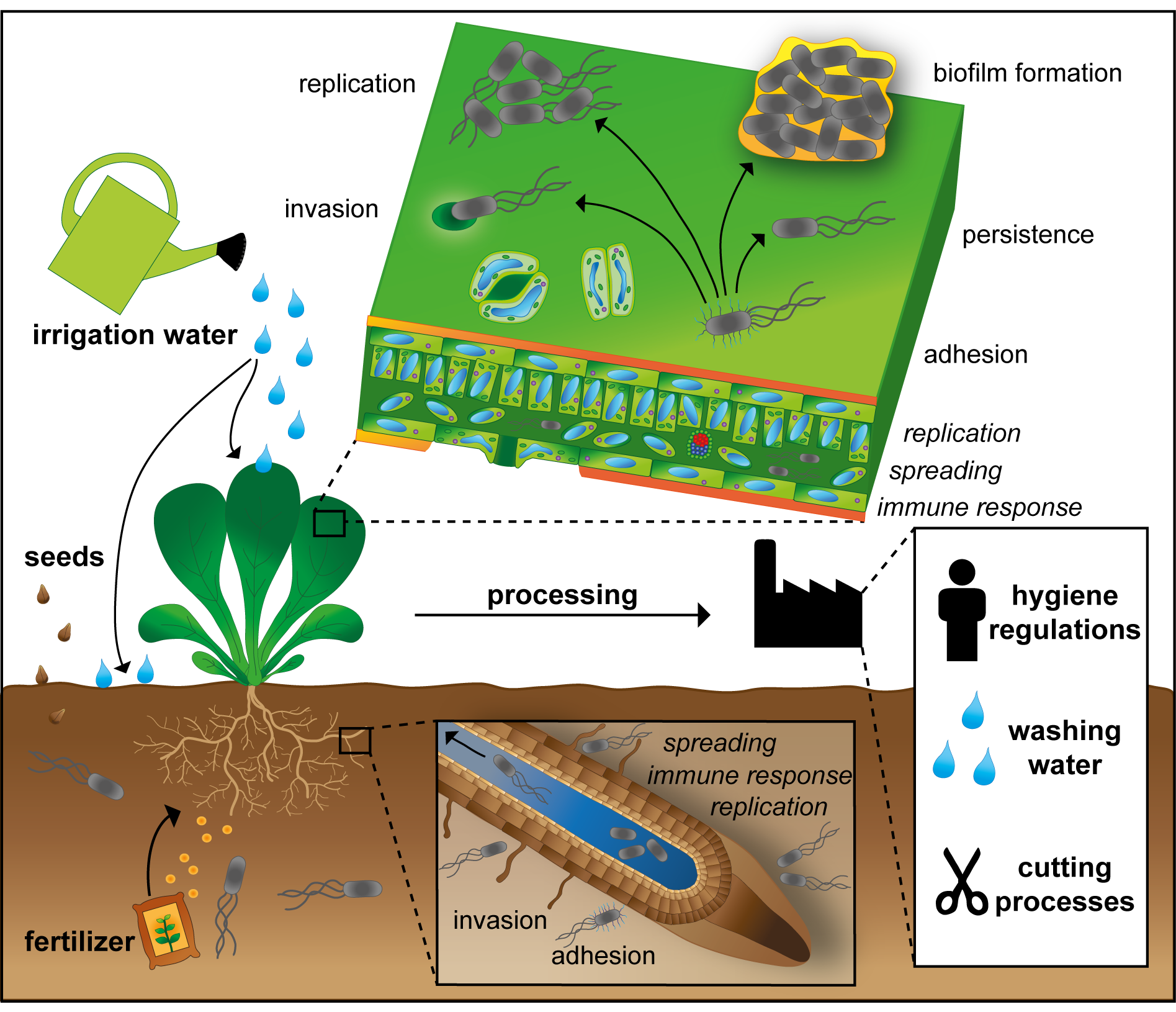 Previous studies under the first grant from the German Federal Ministry of Agriculture and Food (BMEL), Uptake of Escherichia coli and Salmonella enterica in plants - plantinfect (2813HS026-29; 2015-2018, see here), provided important insights resulting in a better understanding of the interactions between human pathogenic bacteria, crop plants and organic fertilizers. The studies were carried out from a consortium consisting of JLU Giessen, University of Hohenheim, IGZ Großbeeren and the University of Osnabrück. Here at the University of Osnabrück, we were able to determine initial findings regarding the interaction of S. enterica and the leaf surface of Lactuca sative (lettuce) and Valerianella locusta (corn salad). Adhesion factors encoded by S. enterica were brought to expression under experimentally controlled conditions and their effect on adhesion to leaf surfaces was quantified. Adhesins leading to increased adhesion to lettuce and corn salad were identified. These adhesins were the type I secretion system secreted adhesin BapA, the autotransporter (type V secretion system) MisL, and several fimbrial adhesins. Another identified factor in salad leaves adhesion was the flagella-mediated motility. Furthermore, the effect of ambient temperature on the proteome of S. enterica was investigated by proteomic analyses (HPLC/MS-MS). Experiments revealed that flagella are formed by S. enterica at 12°C in minimal medium. Adhesive structures of pathogenic E. colis, such as the outbreak strain O157:H7 and C227-11, were another aspect of the investigations. Here, adhesive structures could be visualized and investigated with regard to their involvement in biofilm formation and adhesion on different cell culture lines.

A second grant from the German Federal Ministry of Agriculture and Food (BMEL), Uptake of Human Pathogens in Crops, plantinfect-2 (2819HS002; 2019-2022) of the existing consortium, will investigate the influence of agricultural cultivation practices, soil properties, and the physical status of the crop on the colonization and survival of human pathogenic bacteria. In addition, another important factor to be investigated represents the acquisition and transmission of antibiotic resistance within the human pathogenic bacteria population. Here, at the University of Osnabrück we will investigate the influence of crop irrigation on the colonization of lettuce and corn salad by S. enterica. Special attention will be paid to the involvement of flagella-mediated motility and adhesive structures. 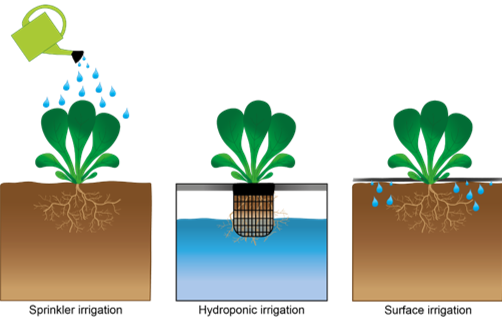 Figure 4: Schematic representation of the different types of crop irrigation.