Submenu on the topic Research

You are here: Startseite > Research > FEI 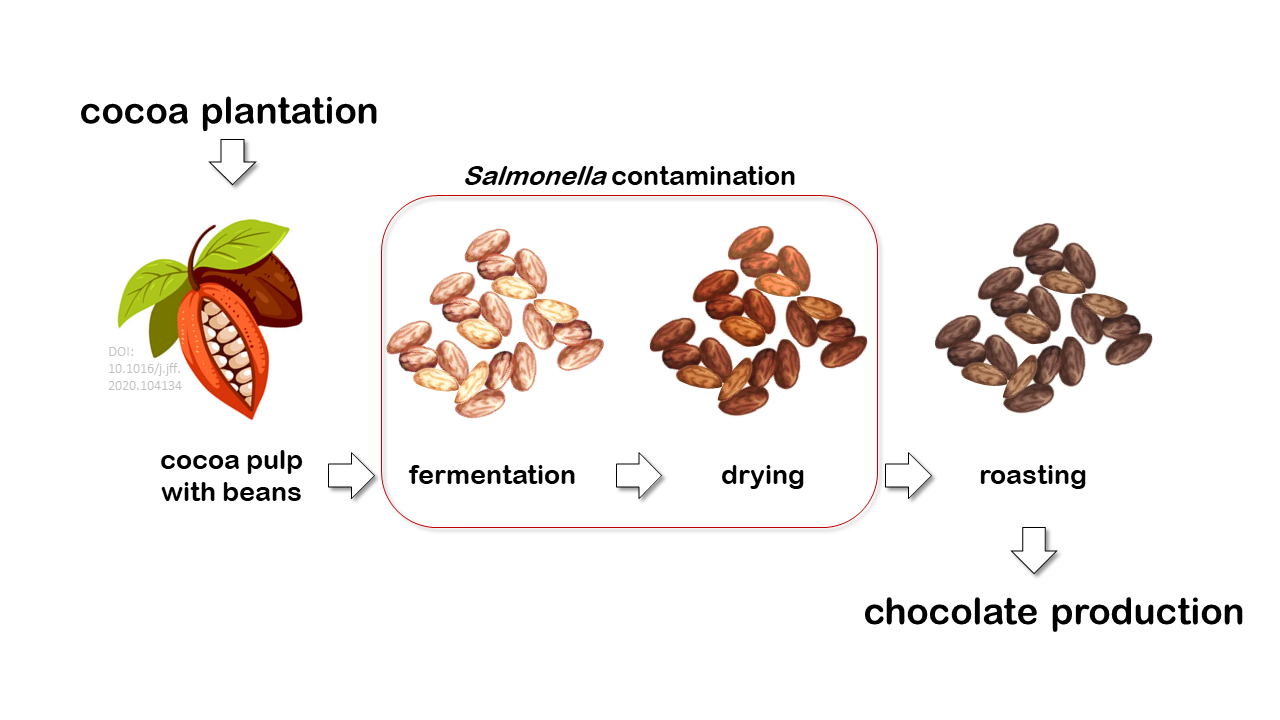 The majority of foodborne illness outbreaks in low-moisture foods are associated with Salmonella contamination. Salmonella enterica (S. enterica) are food-associated pathogenic bacteria that cause gastroenteritis and diarrhea. Infection with S. enterica is increasingly associated with outbreaks from contaminated products of non-animal origin, such as salads, fruits, nuts, and chocolate.

Figure 2: Application of a Tn5 mutant library to study the stress response of Salmonella during drying and decontamination treatment of cocoa beans.

Chocolate is a microbiologically stable and safe food due to its low water activity (aW value). In recent years, however, there have been repeated outbreaks caused by Salmonella in chocolate products, some of which have led to product recalls and financial losses for manufacturers in the millions. In the period 2010 to 2017, outbreaks caused by Salmonella in sweets and chocolate accounted for over 3% of all detectable foodborne outbreaks, according to the EU Zoonoses Report. Contamination of chocolate products with Salmonella can occur from contaminated dry ingredients such as cocoa liquor, milk powder, as well as nuts used in the production of chocolate. Contamination of cocoa beans with Salmonella often occurs during the dry stage, primarily from animal feces. Salmonella may be able to survive the heat-intensive processes involved in cocoa mass and chocolate production (e.g., roasting and conching). The ability of Salmonella to develop cross-protection against heat through desiccation is associated with specific genetically determined stress responses. 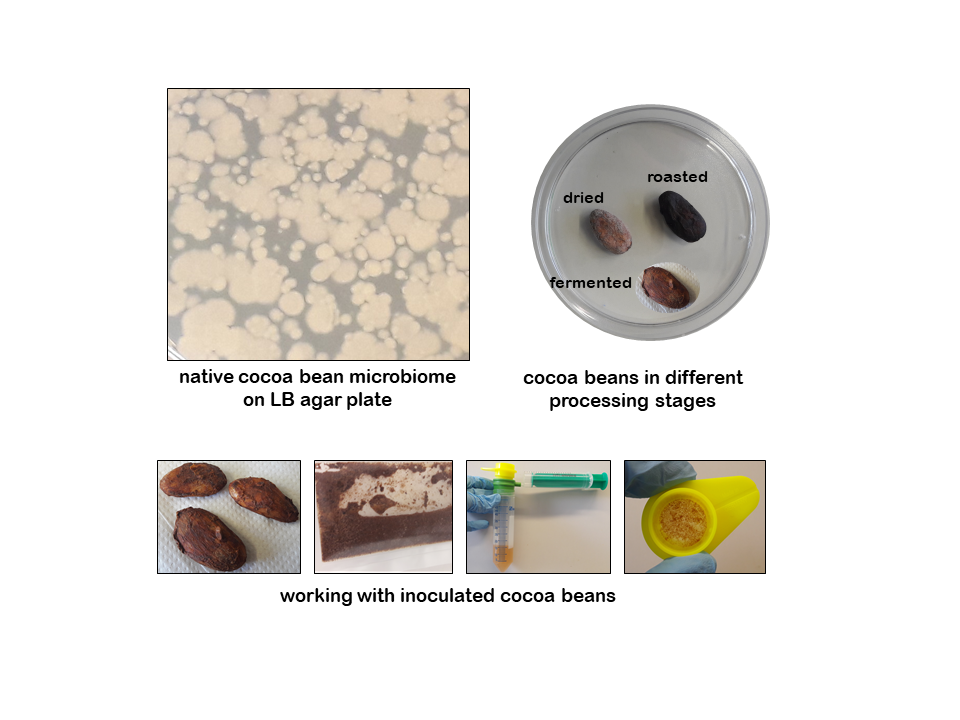 Figure 3: Working with natural and inoculated cocoa beans in the laboratory.

The objective of this research is to investigate the survival of Salmonella during the cocoa bean desiccation process and the acquired tolerance to roasting or steam sterilization of cocoa beans, and to identify genetic determinants in Salmonella that link desiccation-induced survival on the cocoa bean matrix to acquired heat tolerance in industry decontamination processes. The work will focus on the influence of the expression of stress-relevant genes of Salmonella in relation to the drying conditions, as well as the processes and conditions used to decontaminate the cocoa beans. For this purpose, the survival of Salmonella during common thermal sterilization methods of cocoa beans, e.g. roasting and steam sterilization, will be investigated in cooperation with the Deutsches Institut für Lebensmitteltechnik e.V. www.dil-ev.de. The performance of these methods will also be considered in the context of the physiological state of the Salmonella cell, as this can be influenced e.g. by stress response during drying on the cocoa beans. By using a mutant library, gene deletions will be identified that have a positive, negative or no influence on the survival of the drying process and subsequent decontamination procedures. A wide range of microbiological methods allows characterization of a selection of mutants. In addition, mechanisms of cross-resistance triggered by heat will be further elucidated.

The research project www.fei-bonn.de/gefoerderte-projekte/projektdatenbank/aif-21709-n.projekt is funded by the German Federal Ministry of Economic Affairs and Climate Action (BMWK) within the framework of the Forschungsvereinigung Forschungskreis der Ernährungsindustrie e. V. (FEI) via the AiF (Förderung der Industriellen Gemeinschaftsforschung).